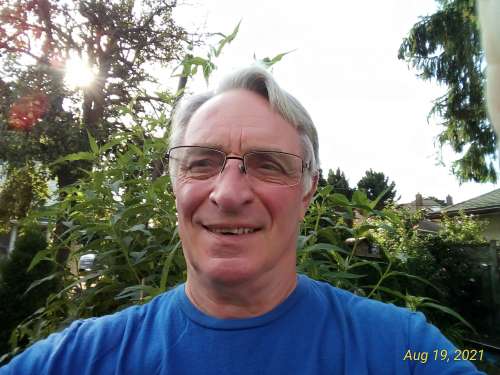 Tim's early influences sealed his interest in printing. In middle school, he received formal and informal training in hand typesetting and basic presswork, initially by Leo Schmitz in Saginaw Michigan, and later by Ernest Morgan, the founder of the Antioch Bookplate Company of Yellow Springs Ohio. His skills were sufficient to get him a needed job offer, facilitating his immigration to Canada in 1970 where he worked in job shops in Victoria BC for several years. Following an interesting assortment of other jobs, he took up teaching in 1991, with a degree in Multicultural and Minority Education from UBC. He has an affection for vintage processes and machinery that are becoming antiques. Tim and his wife Jane Litman relocated to Thorold in 2018 to be near family, both working to restore and improve their 1910 bungalow. Tim volunteers as well at the Habitat ReStore. He is an amateur musician on fiddle and mandolin, passionately researching lute history for a future article. Tim remains a dedicated teacher, doing some online teaching.