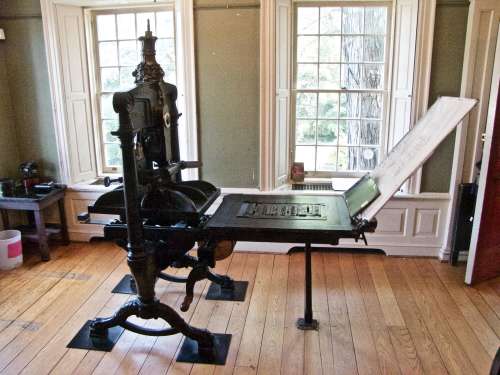 Our model dates to about 1863.
The Albion press is a model of early iron hand printing press, originally designed and manufactured in London by Richard Whittaker Cope (d. 1828?) around 1820.
History.

The Albion press worked by a simple toggle action, unlike the complex lever-mechanism of the Columbian press and the Stanhope press. Albions continued to be manufactured, in a range of sizes, until the 1930s. They were used for commercial book-printing until the middle of the nineteenth century, and thereafter chiefly for proofing, jobbing work and by private presses.

After Cope's death, Albions were manufactured by his heirs and members of the Hopkinson family (trading initially as 'Jonathan and Jeremiah Barrett' and later as 'Hopkinson and Cope'), who are said to have improved the design. The toggle-action, and the distinctive shape and 'crown' finial of the Albion, make it instantly recognizable.

Our press is a Hopkinson & Cope model, dating to about 1863.

We also have a smaller Albion press dating to about 1862. It was donated by Guy Debenham after his death in 2002. 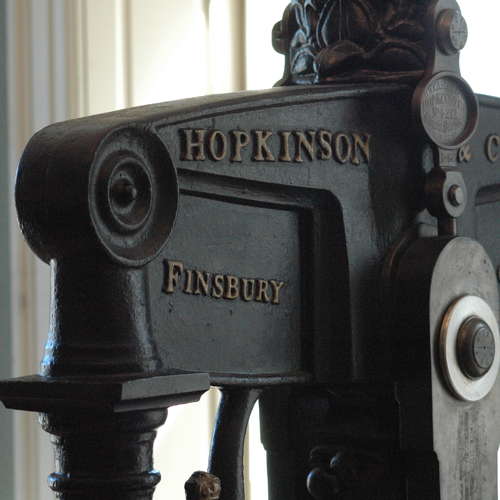 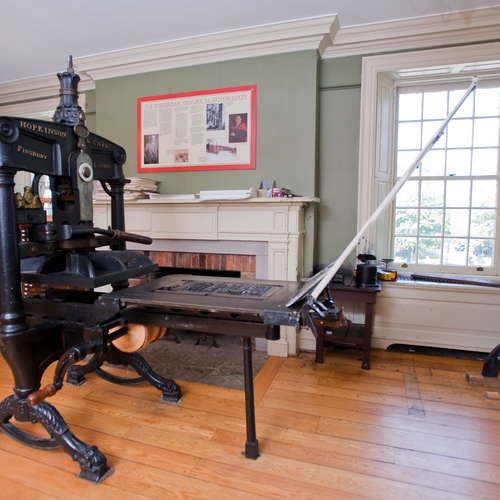 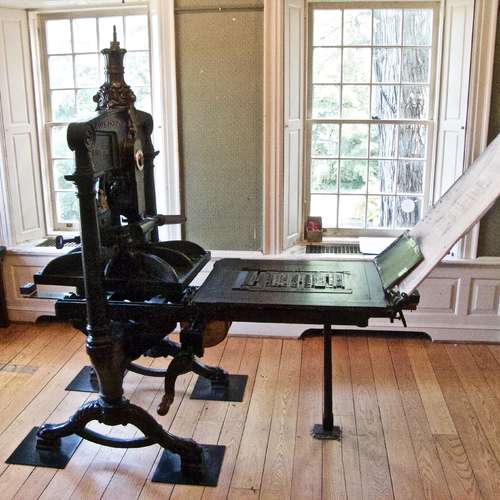 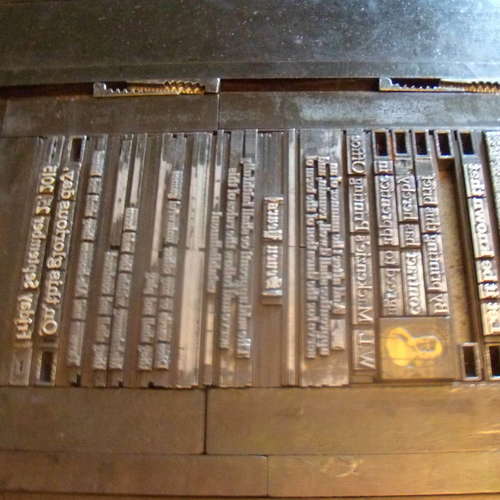 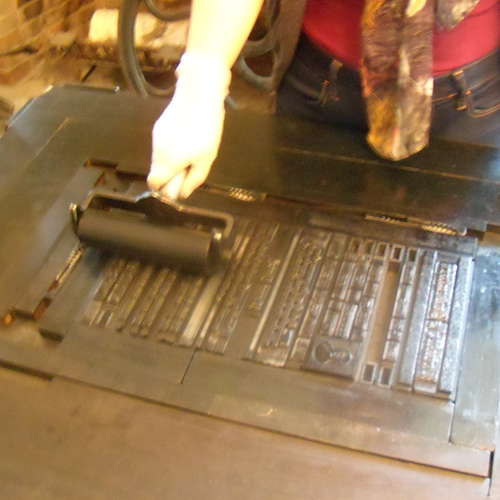 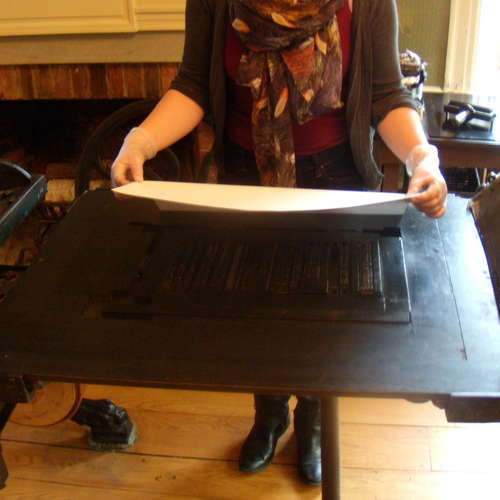 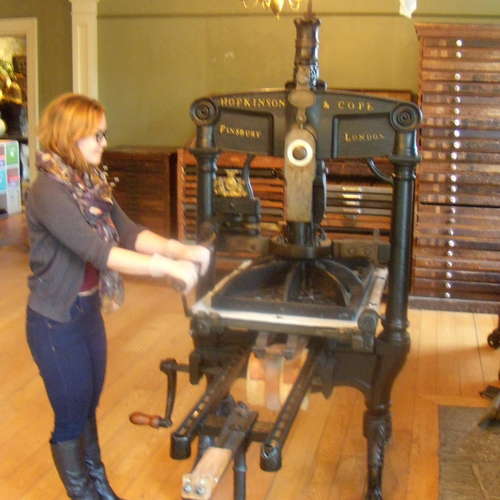 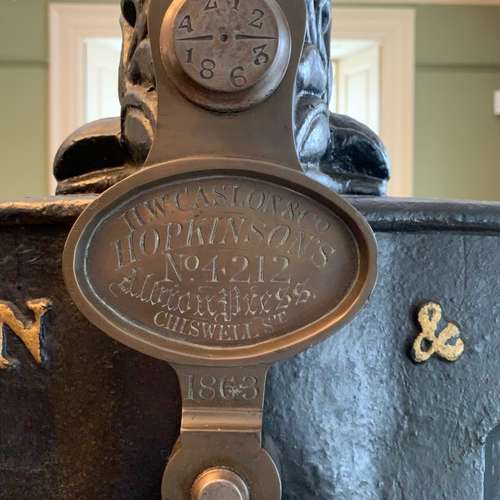