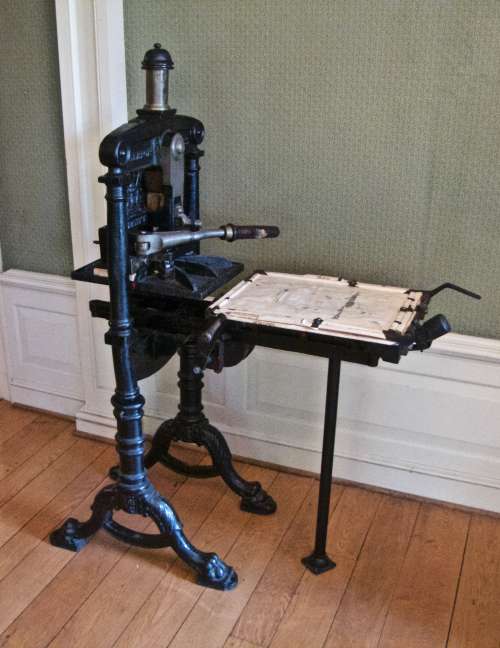 Guy Debenham was born in Yorkshire in 1923 and educated at Stonyhurst College. He graduated at the age of 21 from the University of Edinburgh with his degree in medicine. He served with the Royal Army Medical Corps in the 1st Infantry Division from 1945 to 1948 in Egypt, Syria, Cyprus and Palestine. For this service he was awarded the Palestine medal.

After emigrating to Canada in 1957, Guy practised in Bassano, Alberta and in Parry Sound and Hagersville, Ontario. From 1965 until his retirement in 1989, he worked as a surgeon at the Hotel Dieu and the General Hospital in St. Catharines. In 1990 the Ontario Medical Association gave him the Glen Sawyer Award.

Guy was a gifted artist. His surgical notes were often embellished by meticulous medical drawings. But it was wood engraving, printing and the art of the book plate that captured his imagination and heart. Many of his works have been exhibited in Canada, the U.K. and Japan and are included in various publications. He printed all of his work on his 1862 Albion press which was donated to the MacKenzie Printery after his death in 2002.