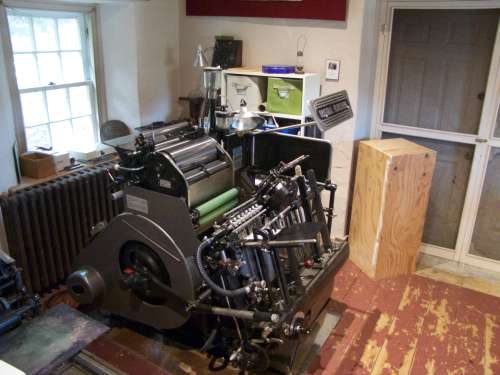 Print group volunteers use this Heidelberg windmill press to print items for the Niagara Parks including recipe cards for the Fort Erie historic fort gift centre.

The Original Heidelberg Platen Press was introduced in 1914 and manufactured between 1923 and 1985.

The Heidelberg press is most famous for its windmill-like automatic paper feed mechanism. There are two blades that rotate from the paper feed, where it picks up a sheet of paper; to the platen, where the printing impression is made; to the paper receiver, where the paper is released; followed by the blade pointing straight up ready to start the next cycle. There are two blades mounted on opposite sides of the rotor (when one blade is picking up the next sheet, the other blade is releasing the previously printed sheet).

A clam shell-like mechanism performs the actual printing. In letterpress an impression is made on the paper by having a plate press the paper against a form. The form has the desired image in reverse: with raised parts where the ink is applied, and lowered parts where the ink is not applied. When a rotor has moved a page to the platen, the plate is pressed closed against the form to make the impression (where ink is transferred from the form to the paper). The plate then opens up to release the printed page and allow the rollers to apply more ink to the form. This cycle repeats for the next page.

The Original Heidelberg Platen Press also automatically inks the rollers. Ink can be added to a reservoir, which is then spread evenly via several rollers before reaching the rollers which make contact with the form.

The press is driven by an electric motor that runs a flywheel. The press also contains an air pump. Air suction is used to pick up the next sheet of paper from the feed pile, so the blade can grab it as it comes around.

Description and photos of the arrival of the Heidelberg Press donated by Howard Iron Works. 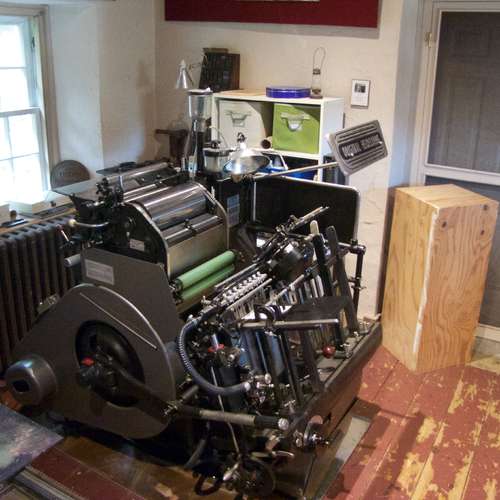 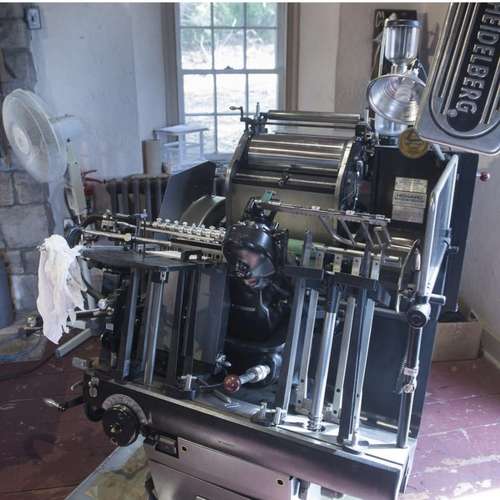 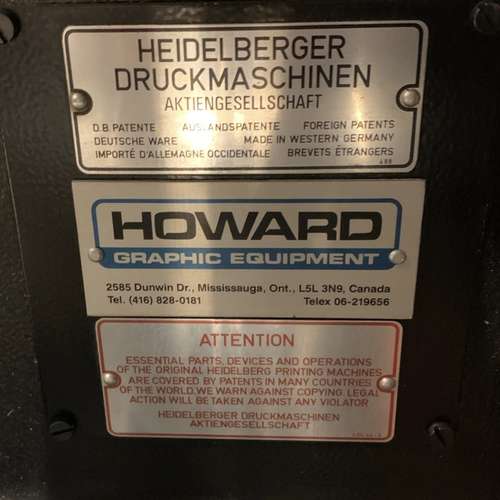 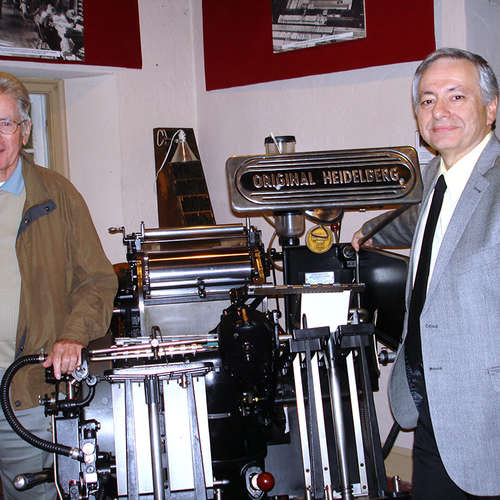 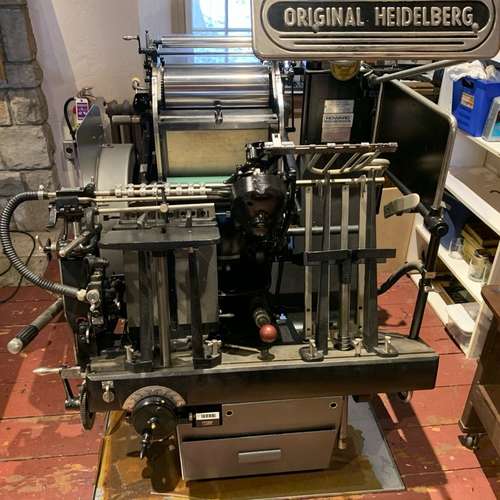