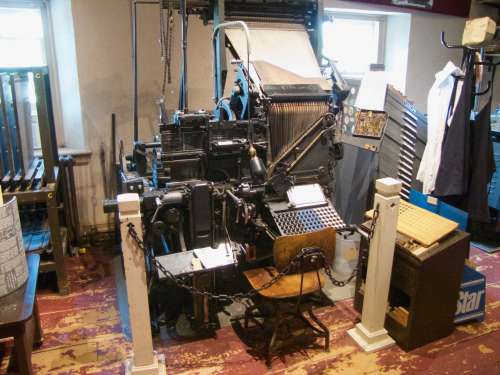 The Linotype machine is a "line casting" machine used in printing sold by the Mergenthaler Linotype Company and related companies. It was a hot metal typesetting system that cast blocks of metal type for individual uses. Linotype became one of the mainstay methods to set type, especially small-size body text, for newspapers, magazines, and posters from the late 19th century to the 1970s and 1980s, when it was largely replaced by phototypesetting and computer typesetting. The name of the machine comes from the fact that it produces an entire line of metal type at once, hence a line-o'-type, a significant improvement over the previous industry standard, i.e., manual, letter-by-letter typesetting using a composing stick and shallow subdivided trays, called "cases".

The linotype machine operator enters text on a 90-character keyboard. The machine assembles matrices, which are molds for the letter forms, in a line. The assembled line is then cast as a single piece, called a slug, from molten type metal in a process known as hot metal typesetting. The matrices are then returned to the type magazine from which they came, to be reused later. This allows much faster typesetting and composition than original hand composition in which operators place down one pre-cast glyph (metal letter, punctuation mark or space) at a time.

The machine revolutionized typesetting and with it especially newspaper publishing, making it possible for a relatively small number of operators to set type for many pages daily. Ottmar Mergenthaler invented the linotype in 1884.

This is a working linotype machine similar to many used in newspaper printing companies. Model 5, Number 72816. Donated by Rochester Institute of Technology. On our board at the time of the donation, was a gentleman by the name of Archie Provan who was the Director of the Goudy International Centre at RIT.

Watch a video of a working linotype machine here:
www.youtube.com/watch?v=MI2sYvUb4_0 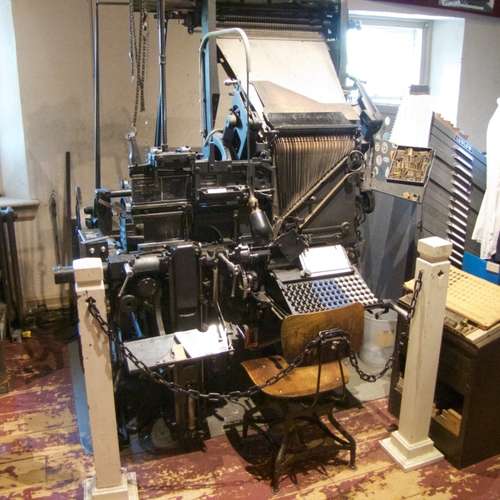 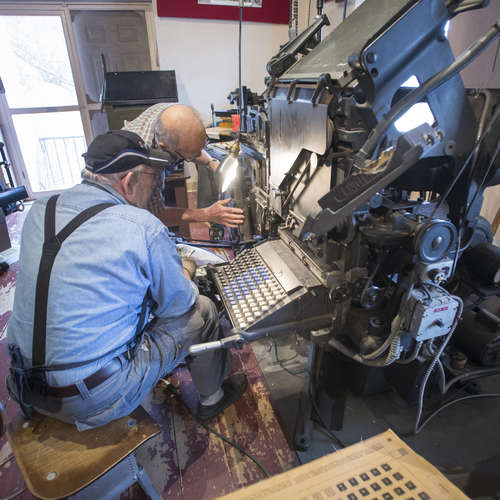 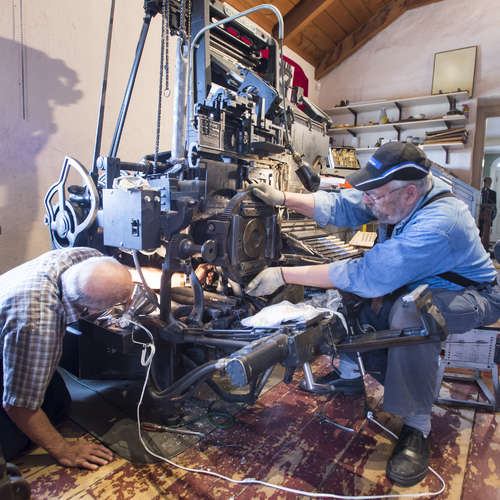 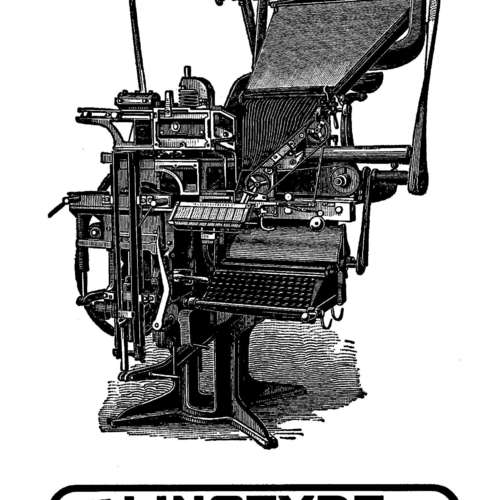 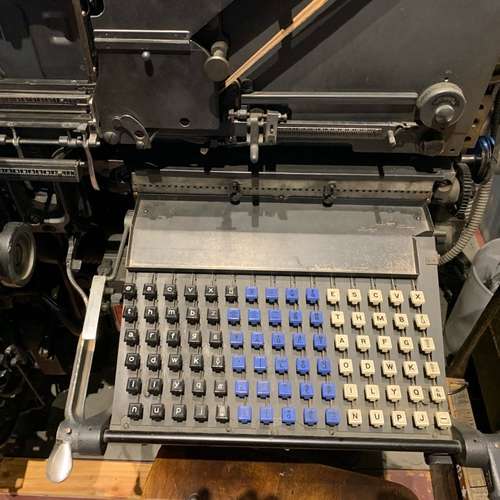 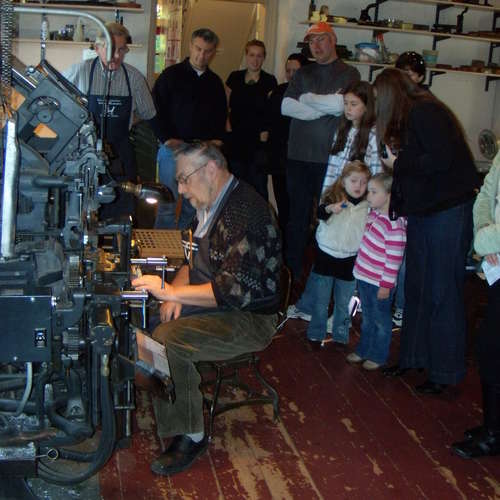 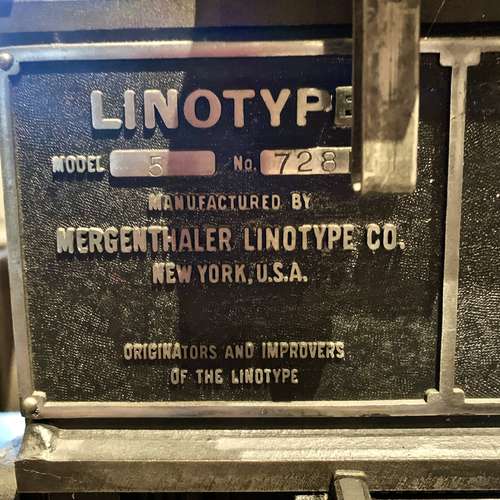 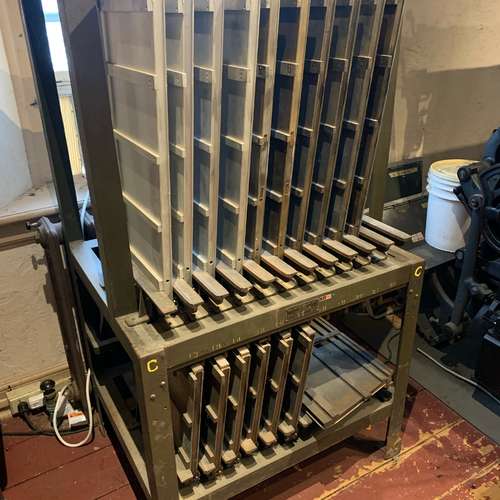