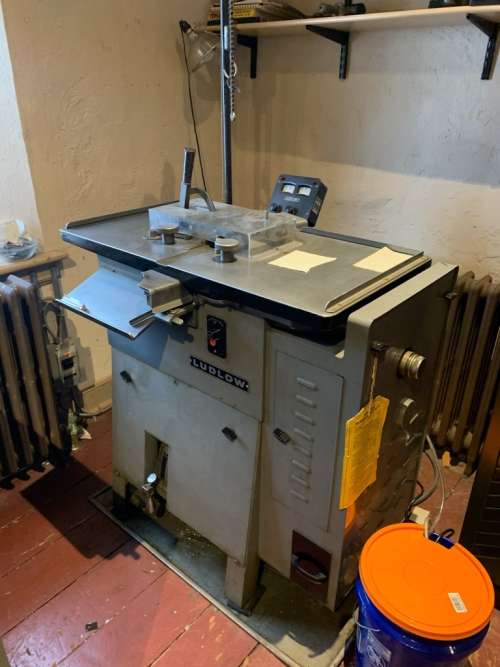 A Ludlow Typograph is a hot metal typesetting system used in letterpress printing. The device casts bars, or slugs of type, out of hot metal. These slugs are used for the actual printing, and then are melted down and recycled on the spot.
The Ludlow system uses molds, known as matrices or mats, which are hand-set into a special composing stick. Thus the composing process resembles that used in cold lead type printing. Once a line has been completed, the composing stick is inserted into the Ludlow machine, which clamps it firmly in place above the mold. Hot linecasting metal (the same alloy used in Linotype and Intertype machines) is then injected through the mold into the matrices, allowed to cool, and then the bottom of the slug is trimmed just before it is ejected. The operator then replaces the matrices, or mats, back into the typecase by hand. Since the mats are of a consistent height, irrespective of typeface size, they are easier to handle than lead type.

The machine has a heated crucible for the hot type metal, with a mechanically actuated plunger which operates as part of the injection cycle. The pot on the machine was usually left on overnight during the week, with some flux added to the pot to reduce oxidation. At the end of each week, the plunger assembly had to be disassembled (while hot), removed, and the pump well cleaned using a scraper (as with linecasting machines). After reassembly, heat was removed for the weekend. In the present day, most machines are heated up only for that day's casting, with the heat turned off each night.

The Ludlow Typograph Company was the manufacturer of the device. It was founded in 1906 by the machine's inventor, Washington Irving Ludlow, and machinist William A. Reade. Manufacturing began in Chicago in 1912 and by 1919 Typographs were in service in over 350 printing offices. In 1920 the company bought out the Elrod Slug Casting Co., of Omaha.

Donated by Rochester Institute of Technology. On our board at the time of the donation, was a gentleman by the name of Archie Provan who was the Director of the Goudy International Centre at RIT. 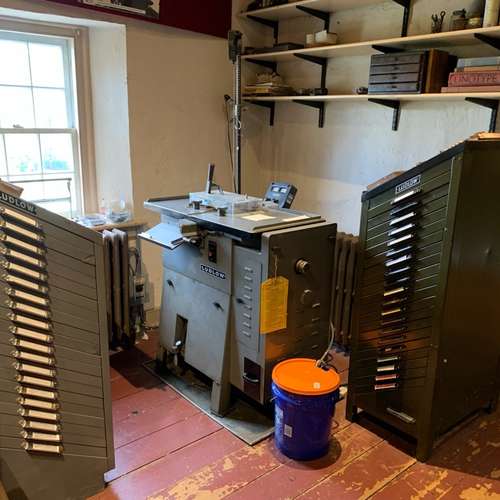 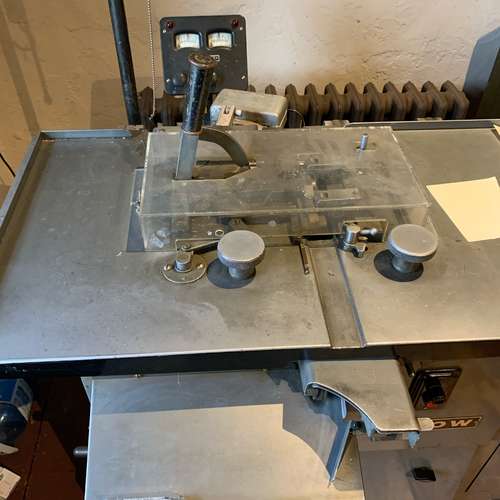