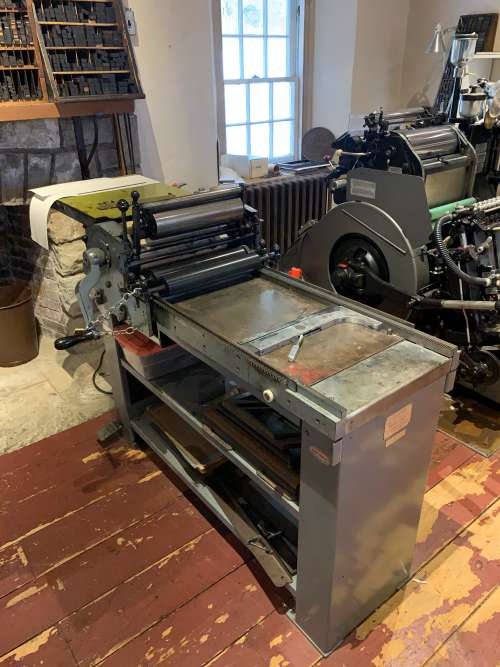 In September 1909, Robert Vandercook founded Vandercook & Sons in Chicago, Illinois. The first press was a "rocker" proof press, made with a geared cylinder. Before the development of this press, all proofs were either made on a roller press, which depended on gravity for impression or on a Washington Hand Press.
Logo from 1968, right after being purchased by Illinois Tool Works.

During the next 54 years they introduced 60 different press models. Over the course of its 75 year production history, Vandercook manufactured more than 38,000 presses under its brand name. The name of Vandercook & Sons was used until 1968 when E.O. Vandercook sold the company to one of their suppliers, Illinois Tool Works. 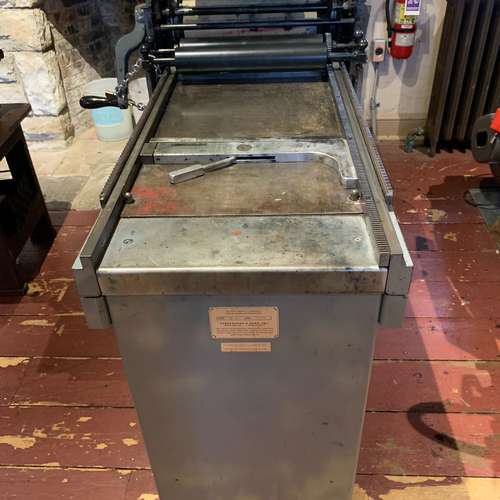